The boxes of dreams 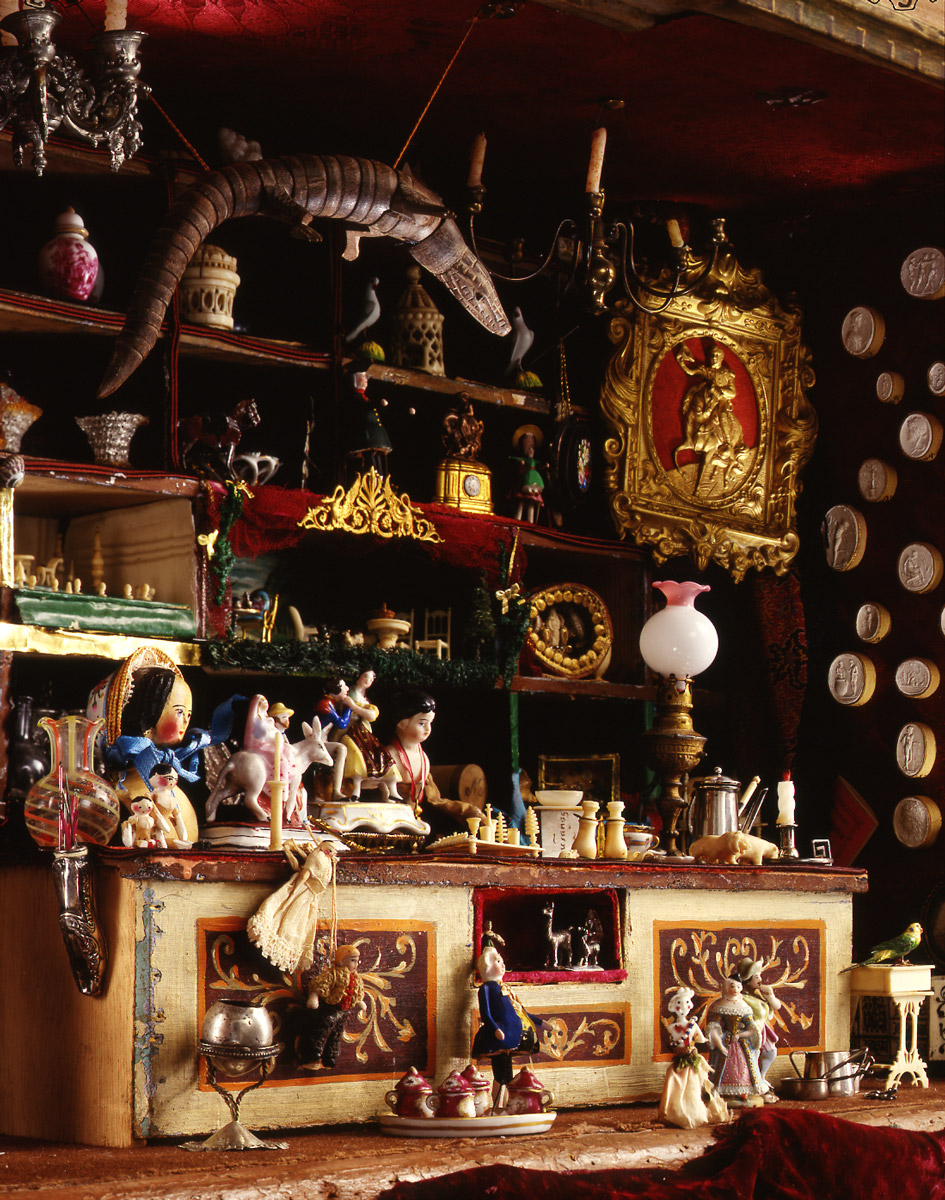 At first they were taken for dolls’ houses, but the subjects became diversified. Every scene is constructed with the eye of a painter and a stage director, both in its harmonious colours and the meticulous placing of the objects. The artist uses her own way of thinking, feeling and living to create a miraculous world in miniature.

The scenes are all imaginary places, full of joy and beauty – but there are other more secret works. These give the reverse side of her vision, expressing unbearable sadness, the bitterness of a life weighed down by a conventional milieu and the horror of two world wars.The scenes, whether restored or created, vary in size, with few characters. Her aim was not to reconstitute but rather to create a dream world based on various subjects: Alsatian Grandmothers, a Cabinet of Curiosities, the mystical world of popular piety, Louis II of Bavaria and Sissi etc…

She used drawing and watercolours for the decors – materials more typical of theatrical design than of toys.

Marie d’Ailleurs’s scenes and paintings had been for the first time exhibited to the public at the Toy Museum at Riehen, near Bâle, in 2003.

“Go down to the untroubled depths of memory and wake the child – that is the approach of the heart”.